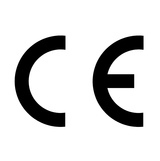 THE UNIX COMMAND LINE
For Artists and Activists (and others)

In doing so, participants vastly expand the scope of computers they can interact with, develop for and control - transcending restrictive 'consumer-oriented' interfaces and the desktop metaphor. Further, participants learn that a computer doesn't need to have a screen, keyboard or even be on the same continent to be interacted with - the case for a growing family of devices comprising the so-called Internet of Things.

Rather, by developing an ability to talk to computers - with them talking back - any UNIX or UNIX-like machine can be made a drone, performing automated tasks on their owner's behalf.

No prior knowledge of computer networking, programming or command line interaction is required.

Using only the Command Line, learn how to:

Oliver and Vasiliev are experienced teachers and veteran UNIX command line users. With a combined 30 years of experience, the command line is an integral part of their critical and creative practices.

Please contact us here if you would like to host this workshop in your area and/or request further information.